Océan Attitude is not only an ecologically-oriented website; it's rooted in a fascination for the oceans born from a passion for the nautical world. Océan Attitude is a brand showcasing its colors on the hull and the sails of the latest Figaro Bénéteau 3 sailing boat - N°35 of the series. Prepared for the seas at the beginning of 2019, our Figaro 3 Océan Attitude first sailed in March at Lorient La Base, France. The sailboat owes its luminous visuals to world-renowned artist Anne Vignal. It participated in the Solo Maître Coq race, in April 2019, at the helm of young British solo offshore sailor Will Harris. Get the latest news about our sailing boat Océan Attitude on this page, and for more go and see the photo gallery. 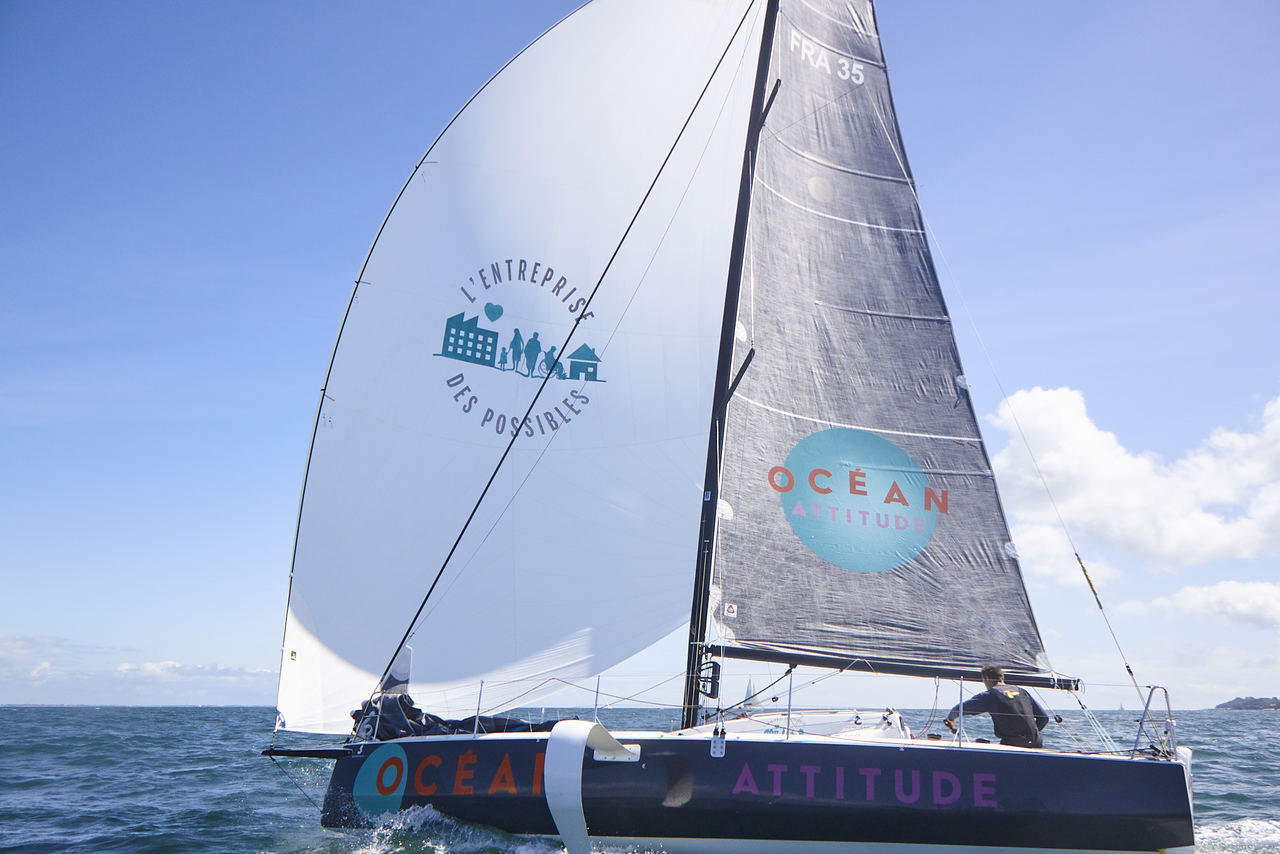 With 35 participants and no less than 10 skippers who are previous stage winners, including Adrien Hardy, the 51st edition of the most famous solo race is sure to be exciting.

The Figaro 3 sailboat Océan Attitude, representing the influencer community of the same name, is on a mission to raise awareness about the climate emergency and particularly the need to protect our oceans. It is a shared commitment to the environment and biodiversity preservation that inspired the partnership between Océan Attitude – co-founded by Marie-Laure Boulot – and Adrien Hardy, for whom "the sea is an incredibly free and open space that needs protecting more than ever." >> Read Adrien Hardy's full testimonial at by clicking here.

Océan Attitude and Adrien Hardy are committed to taking action both on land and at sea, since people are at the heart of sustainable development:

Skipper Adrien Hardy and the sailboat Océan Attitude will also spread the message of L'Entreprise des Possibles, a group of businesses working to support the most vulnerable among us, the homeless.

Through a particularly innovative solidarity model, L'Entreprise des Possibles encourages companies and their employees in the greater Lyon area to share their human, financial, and property resources with community organizations working on the ground to support the unhoused. During the Solitaire du Figaro, L'Entreprise des Possibles is launching a call for donations #SolitaireSolidaires to fund a project (https://bit.ly/2Ert2a3) that will help young people in precarious situations overcome their isolation.

"We are particularly pleased that Océan Attitude is bringing greater visibility to homelessness. This race is an opportunity to shine a light on people who have unfortunately become invisible in our country and inspire a groundswell of support to address this social emergency," says Alain Mérieux, President of L’Entreprise des Possibles. 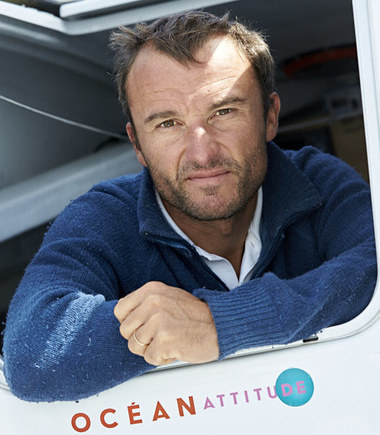 The top rookie ('1er bizuth') during the French Offshore Championship in 2008, Adrien has since won five stage victories in the prestigious Solitaire du Figaro. He also won the Generali Solo in 2013, the Lorient Horta Solo in 2014, and came in 2nd in the French Offshore Championship the same year. He had a particularly impressive race during his 9th participation in the Solitaire du Figaro in June 2017, finishing 2nd in a very competitive year. In 2018, he won the Transat AG2R La Mondiale, and in 2019, won the Transat Jacques Vabre (with Ian Lipinski as his co-skipper). In 2019, he also won the second stage of La Solitaire (Kinsale-Baie de Morlaix), ahead of the overall winner.

Join and adopt the océan attitude:

"Océan Attitude is the catalyst for increased environmental awareness among people, industry, the government, and institutions. In this unprecedented international situation, protecting oceans and biodiversity is of critical importance and should always remain at the forefront of our concerns. According to the UN*, the COVID-19 pandemic could offer an opportunity to rebuild an even better approach to managing oceans and their resources by basing this new paradigm on respect and sustainability," says Marie-Laure Boulot, co-founder of the international network Océan Attitude and owner of the Océan Attitude sailboat.

>> Océan Attitude invites you to share your environmental initiatives here or on their social media accounts.